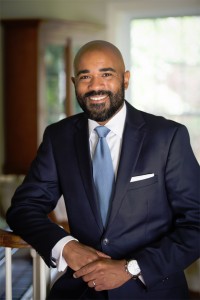 Steve E. Jarmon is the founder of Jarmon Legal and has spent his entire legal career practicing Criminal Law in Chester County, PA and the Greater Philadelphia Area. His primary focus in defending the rights of his clients is to provide open, honest and straightforward legal representation. He is sincerely proud of his dedication to his clients and his reputation in the legal community is unparalleled.

After years working with the Chester County District Attorney’s Office and gaining invaluable experience from working closely with local judges and law enforcement, Steve joined a small but highly successful Chester County firm in West Chester. In this position, Steve managed the criminal defense division and was the firm’s primary criminal trial attorney. He defended many cases ranging from low-level summary offenses such as Under Age Drinking to the most serious of felony cases including Homicide and Rape.

With his invaluable experience, Steve decided to branch out on his own and founded Jarmon Legal. In his own practice he continues to aggressively fight for the rights of the accused. He is dedicated to giving his clients a second chance when they have made mistakes and is determined to fight for their innocence when they have been wrongfully accused. Founding his own firm has allowed Steve to provide the type of services to his clients that he is proud of: Open, Honest and Straightforward legal representation.

We are dedicated and committed to representing our clients aggressively, professionally and above all else, honestly. It is our focus on building a solid attorney to client relationship based on trust and mutual respect that sets us apart from other firms